1 Cancer Detection With One Test - Rapid Accurate Method of Detecting Solid Cancers 4:24 AM

STANFORD, Calif. — A blood sample could one day be enough to diagnose many types of solid cancers, or to monitor the amount of cancer in a patient's body and responses to treatment. Previous versions of the approach, which relies on monitoring levels of tumor DNA circulating in the blood, have required cumbersome and time-consuming steps to customize it to each patient or have not been sufficiently sensitive. 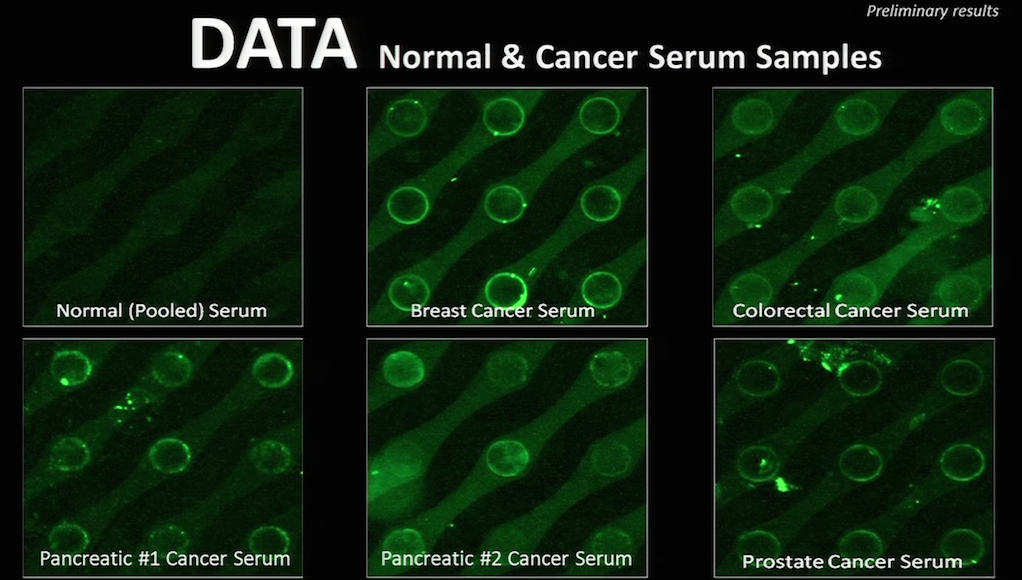 Now, researchers at the Stanford University School of Medicine have devised a way to quickly bring the technique to the clinic. Their approach, which should be broadly applicable to many types of cancers, is highly sensitive and specific. With it they were able to accurately identify about 50 percent of people in the study with stage-1 lung cancer and all patients whose cancers were more advanced.

"We set out to develop a method that overcomes two major hurdles in the circulating tumor DNA field," said Maximilian Diehn, MD, PhD, assistant professor of radiation oncology. "First, the technique needs to be very sensitive to detect the very small amounts of tumor DNA present in the blood. Second, to be clinically useful it's necessary to have a test that works off the shelf for the majority of patients with a given cancer."

"We're trying to develop a general method to detect and measure disease burden," said Alizadeh, a hematologist and oncologist. "Blood cancers like leukemias can be easier to monitor than solid tumors through ease of access to the blood. By developing a general method for monitoring circulating tumor DNA, we're in effect trying to transform solid tumors into liquid tumors that can be detected and tracked more easily."

Even in the absence of treatment, cancer cells are continuously dividing and dying. As they die, they release DNA into the bloodstream, like tiny genetic messages in a bottle. Learning to read these messages — and to pick out the one in 1,000 or 10,000 that come from a cancer cell — can allow clinicians to quickly and noninvasively monitor the volume of tumor, a patient's response to therapy and even how the tumor mutations evolve over time in the face of treatment or other selective pressures.

"The vast majority of circulating DNA is from normal, non-cancerous cells, even in patients with advanced cancer," Bratman said. "We needed a comprehensive strategy for isolating the circulating DNA from blood and detecting the rare, cancer-associated mutations. To boost the sensitivity of the technique, we optimized methods for extracting, processing and analyzing the DNA."

The researchers' technique, which they have dubbed CAPP-Seq, for Cancer Personalized Profiling by deep Sequencing, is sensitive enough to detect just one molecule of tumor DNA in a sea of 10,000 healthy DNA molecules in the blood. Although the researchers focused on patients with non-small-cell lung cancer (which includes most lung cancers, including adenocarcinomas, squamous cell carcinoma and large cell carcinoma), the approach should be widely applicable to many different solid tumors throughout the body. It's also possible that it could one day be used not just to track the progress of a previously diagnosed patient, but also to screen healthy or at-risk populations for signs of trouble.

Tumor DNA differs from normal DNA by virtue of mutations in the nucleotide sequence. Some of the mutations are thought to be cancer drivers, responsible for initiating the uncontrolled cell growth that is the hallmark of the disease. Others accumulate randomly during repeated cell division. These secondary mutations can sometimes confer resistance to therapy; even a few tumor cells with these types of mutations can expand rapidly in the face of seemingly successful treatment.

"Cancer is a genetic disease," Alizadeh said. "But unlike Down syndrome, for example, which has a single dominant cause, for most cancers it's very difficult to identify any one particular genetic aberration or mutation that is found in every patient. Instead, each cancer tends to be genetically different from patient to patient, although sets of mutations can be shared among patients with a given cancer."

So the researchers took a population-based approach. National databases such as The Cancer Genome Atlas contain DNA sequences of tumors collected from thousands of patients — and pinpoint places in which the cancer DNA differs from normal DNA. Although the significance of each individual change is not always clear, it's becoming possible to generate a mutational fingerprint for each cancer type that includes nucleotide changes, insertions or deletions of short pieces of genetic material and translocation events that shuffle or even flip DNA regions. Although no patient will have all the mutations, nearly all will have at least some.

The group began by using a bioinformatics approach to collect information from the atlas on 407 patients with non-small-cell lung cancer, looking for regions in the genome enriched for cancer-associated mutations.

"We looked for which genes are most commonly altered, and used computational approaches to identify what we call the genetic architecture of the cancer," Alizadeh said. "That allowed us to identify the part of the genome that would be best to identify and track the disease."

They identified 139 genes that are recurrently mutated in non-small-cell lung cancer and that represent about 0.004 percent of the human genome. Next, the team designed oligonucleotides, panels of short pieces of DNA, bracketing these regions. The oligonucleotides were then used to perform very deep sequencing (meaning each region was sequenced about 10,000 times) of the surrounding DNA.

"By sequencing only those regions of the genome that are highly enriched for cancer mutations, we're able to keep costs down and identify multiple mutations per patient," Diehn said.

In contrast, other methods of tracking circulating tumor DNA have relied on single, well-known mutations that nevertheless are unlikely to occur in every patient with a particular cancer. Tracking more than one mutation increases the sensitivity of the approach and allows researchers more flexibility in seeing how the cancer changes over time.

"There are currently no reliable biomarkers available for lung cancer patients, which is the most common cancer and No. 1 cause of cancer deaths," Diehn said. "We are very excited about our findings because a personalized, clinically useful biomarker could revolutionize how we detect and manage this devastating disease."

"A key advantage of our approach is that we can also track many different classes of mutations, and integrate information from all of them to get a much stronger signal," Newman said. "We've also developed statistical methods to suppress the background noise in a sample. This allows us to identify even very minute quantities of cancer DNA in a blood sample."

When the researchers applied the technique to patients with non-small-cell lung cancer, they found they could detect disease in all patients with stage-2 or higher disease, and in half of those with stage-1, the earliest stage of disease. Furthermore, the absolute levels of circulating tumor DNA were highly correlated with tumor volume estimated by conventional imaging techniques such as CT and PET scans. This suggests CAPP-Seq could be used to monitor tumors at a fraction of the cost of commonly used imaging studies.

CAPP-Seq may also be useful as a prognostic tool, the researchers found. The technique detected small levels of circulating tumor DNA in one patient thought to have been successfully treated for the disease; that patient experienced disease recurrence and ultimately died. Conversely, scans of a patient with early stage disease showed a mass thought to represent residual disease after treatment. However, CAPP-Seq detected no circulating tumor DNA, and the patient remained disease-free for the duration of the study.

Finally, CAPP-Seq was also able to identify the presence in one patient of a minor population of tumor cells with a mutation that confers resistance to a drug commonly used to treat non-small-cell lung cancer.

"If we can monitor the evolution of the tumor, and see the appearance of treatment-resistant subclones, we could potentially add or switch therapies to target these cells," Diehn said. "It's also possible we could use CAPP-Seq to identify subsets of early stage patients who could benefit most from additional treatment after surgery or radiation, such as chemotherapy or immunotherapy."

The researchers are now working to design clinical trials to see whether CAPP-Seq can improve patient outcomes and decrease costs. They're also aiming to extend the technique to other types of tumors.

Screening healthy but at-risk populations is another goal of the researchers. "It may be possible to develop assays that could simultaneously screen for multiple cancers," Diehn said. "This would include diseases such as breast, prostate, colorectal and lung cancer, for example."

"This approach could, theoretically, work for any tumor," Alizadeh said. "We expect it to be broadly applicable across cancers."